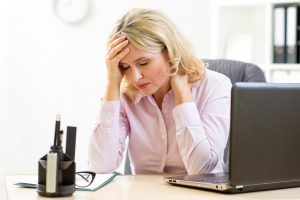 Fibromyalgia and chronic migraines frequently go hand-in-hand. These two conditions are often related by a condition called central sensitization. What can you do to relieve the pain of fibromyalgia and migraines? Recent research has shed some new light on the subject.

Research was conducted involving patients who suffered from fibromyalgia and chronic migraines. There are certain cerebrospinal fluid levels that act as a marker for the process of central sensitization. The study revealed that these levels were higher in individuals who were suffering from fibromyalgia marking a clear distinction between that process and the health condition.

What Is Central Sensitization?

The body processes pain in a very particular manner. However, this process is heightened when certain external factors occur. For example, when tissue damage takes place, neurons become more sensitive. This also occurs with inflammation.
Once this process occurs, neurons interpret pain in a heightened manner. This should only happen as a response to some external stimuli that threatens the body with damage. Central sensitization is what makes a person flee from whatever is causing the damage (for example, we immediately pull our hand away from a hot stove because the neurons amp up the feeling of pain from being burned).

How Fibromyalgia is Related to Central Sensitization

Further study has revealed that a person suffering from fibromyalgia may be subject to central sensitization all the time instead of just when impending danger exists. Thus, while the pain felt is real, the body is processing the pain in an exaggerated way. You could compare this to a house alarm that just went off all the time instead of only when there is an actual danger.
Interestingly, this process can be thrown out of whack by a misalignment of the C1 or C2 vertebrae at the top of the spine. A misalignment in this sensitive part of the body has been linked to both migraines and central sensitization. At Vital Life Wellness Center, we have found that many patients see a reduction in their fibromyalgia symptoms after receiving an adjustment. If you suffer from fibromyalgia or migraines, come in to find out what upper cervical chiropractic can do for you.