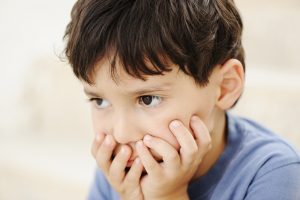 Tourette’s is a difficult condition to endure, and no parent wants to see a child suffering. While the medical community relies heavily on pharmaceuticals for every medical condition.  Tourette’s is difficult to manage, even with the most modern drugs. Plus, many parents don’t want to medicate their children unnecessarily. Is there a better way? We’d like to introduce you to upper cervical chiropractic care.

A 9-year-old boy who was diagnosed with Tourette’s was the subject of the study. The first symptoms became evident when the child was very young. A couple of factors accompanied the problems. First of all, forceps were used in delivery. Then, around age one, he took a tumble down some stairs.

By age two, he had an inhaler for asthma, regular problems with ear infections, and an annual bout with pneumonia. At age seven, he receives an official diagnosis of Tourette’s. At age eight depression and insomnia were added to the list of symptoms, followed by headaches and neck pain.

Within two days after adjustment number one, his mom could see the difference in his personality and attitude. The tics were improving, and the neck and head pain were gone. After a month of care, his antidepressant dose was cut in half, and he performed better in school as well.

It is amazing how many things can go wrong when the atlas bone is out of alignment. Pressure can be placed on the brainstem. Blood flow to the brain can be hindered. Proper cerebrospinal fluid drainage may be inhibited. As a result, the communication between the body and the brain suffers.

Upper cervical chiropractic is by no means a cure-all, but you may be surprised just how much better you or your child can feel after even one adjustment.