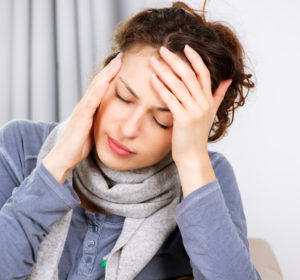 Migraines are a neurological condition affecting as many as 39 million people worldwide. They are much more than a bad headache. Migraines are known for:

Migraines will not just go away by drinking lots of water and lying down in a dark room. While this can be helpful, there is so much more involved with migraines. These headaches can last anywhere from 2 to 72 hours and can be extremely debilitating, causing one to miss out on family, work, and social activities. This condition is also associated with some surprising facts many people do not know.

Another interesting and little-known fact about migraines is that they can be caused by a tiny misalignment in the bones of the upper cervical spine. If the C1 or C2 vertebra is out of alignment by only ¼ of a millimeter, it can wreak havoc on the entire body and cause a number of different health problems, including migraines.

The brainstem is protected by the C1 and C2 vertebrae. Therefore, if they misalign, they can actually put the brainstem under pressure and hinder blood flow between the brain and the body. The brainstem can begin sending improper signals. Oxygen flow to the brain can become reduced while the pressure within the skull can increase due to this hindrance.

Here at Precision Chiropractic West, we help our migraine patients by using a technique called Atlas Orthogonal. This is a gentle, precise method that allows the bones of the neck to move back into place naturally without popping or cracking the spine or neck. Once this is corrected, the body can begin healing from the damage done due to the misalignment. This can regulate oxygen flow and restore communication throughout the body. Many see an improvement in migraines in only one or two adjustments. Some see them go away and not return.