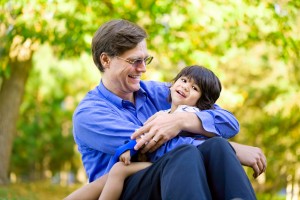 Cerebral Palsy (CP) is the most prevalent lifelong developmental disability in the United States. Upper cervical doctors have seen tremendous changes in patients with Cerebral Palsy.

Dr. William Amalu of the International Upper Cervical Chiropractic Association has published an amazing case study of a 5-year-old boy confined to a wheelchair with Cerebral Palsy, blindness, chronic ear infections, and severe seizures (30 per day).

After a thorough evaluation the patient was determined to have an upper neck misalignment and Dr. Amalu began a course of care. After the first adjustment, the patient’s mother noted that he had his first good night sleep in weeks. After the second adjustment, the patient’s seizures reduced dramatically to only 10 per day, his vocal drone became a quiet intermittent moan, and he began to clap his hands. His mother noted that he had become more alert, continued to sleep more soundly, began sitting up and looking around, responded to sounds by looking toward the source, and continued with a decrease in seizures to only 5 per day.

During the third and fourth week of care the seizures continued to occur at 5 per day, but all of the severe grand mal seizures had ceased. He was sleeping completely through the night now. For the first time in his life he said “dada”. By the end of the fourth week, his therapists suspected that his vision was suddenly improving. A re-examination of the patient was also performed at this time. There were no signs of any: vocal drone, writhing motions, upper neck muscle spasms or tenderness, restricted neck ranges of motion, or ear fluid. He was now capable of sitting up on his own and his mother reported that for the first time he pulled himself up and stood for over one minute. He began showing fine motor skills this week by grabbing his own pacifier and placing it in his mouth. The patient now showed avoidance to bright light, visual fixation and following, and normal direct and pupil reflexes. His mother noted that this was his first month free from ear infections in 9 months.

By the end of the fifth week of care the patient was seen by his neurologist and ophthalmologist. His ophthalmologist noted a drastic improvement with a recovery of central field vision. The patient’s neurologist reported that his Cerebral Palsy had greatly improved and that he would be requesting further tests to evaluate his seizure condition.

The patient’s follow-up examination with his pediatrician noted that his ears were normal and that tubes would not be necessary. During the time period between the seventh and twelfth week, the patient’s seizures steadily reduced to the point of staring episodes only.

There were no outward signs of seizures by the end of the twelfth week. Over the next 10 months, the patient continued to improve. His neurologist slowly reduced his medication causing his staring episodes to go away. With further testing, the patient was eventually classified as non-epileptic and final withdrawal of all medication was made. He never experienced another episode of the ear infections. His vision improved to the point where he was prescribed glasses. The patient continued to learn simple words with clear pronunciation of “dada, mama, eat, and food”. His fine motor coordination improved such that he was learning to feed himself. The patient’s mother noted that he was also potty training. His gross motor coordination continually progressed to the point that he was able to walk slowly with the assistance of holding one hand.

Another study was published where seven patients were tested – two children and five adults. All patients in this study had improvements in many areas including decreased muscle spasms, improved sleep patterns, decreased irritability, decreased pain, and decreased incidence of respiratory and other infections. One child had four unsuccessful surgeries to correct strabismus (crossed eyes) after two adjustments, the crossed eyes were gone. The children were able to hold their heads up for longer periods and are making more attempts at crawling or standing with support. There is also improved clarity and volume of speech in patients with speech and hearing problems. With care, there is overall decrease in muscle activity at all levels and balance improved with eyes closed.

It is clear to see from this research that the connection between neurological conditions like Cerebral Palsy and the upper neck area should be investigated. The brain stem dysfunction that is present with an upper neck misalignment is significant and a variety of different conditions can be caused or exacerbated by this type of a problem.

All Cerebral Palsy sufferers should be evaluated for upper neck misalignments and brain stem dysfunction as soon as possible.

What to Do Next

To find an upper cervical expert in your area go to www.NUCCA.org or www.upcspine.com if you are in the Dublin California area to schedule a consultation simply click the button below.