The Prevalence of Autism and Where to Find Help in Dublin, CA

The Prevalence of Autism and Where to Find Help in Dublin, CA 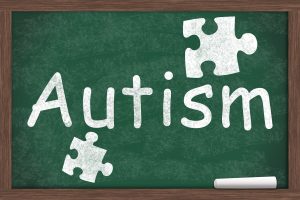 Autism is estimated to be found in 1 out of every 68 children. It does not discriminate against race or social standing. It is more commonly found in boys than girls. It can be a very hard diagnosis for a parent to accept. However, the good news is that there are success stories of children who have received the care of an upper cervical chiropractor. Let’s take a look at one of these.

A Three-Year-Old Girl with Autism

The mother of a three-year-old who was suffering from headaches among other problems brought her little girl to see an upper cervical chiropractor. The child was experiencing symptoms of epilepsy, behavioral problems, developmental delays, acid reflux, vomiting, and problems sleeping. She was diagnosed with autism spectrum disorder after meeting five of the criteria in the Modified Checklist for Autism.

Her history revealed that she was born prematurely at twenty-eight weeks and only weighed two pounds, five ounces. She remained in the ICU for six weeks, coming home with oxygen due to sleep apnea.

The exam from the chiropractor revealed tenderness in the spine and neck area. It was determined that she had a misalignment (subluxation) of the upper neck. This problem was corrected, and ten days later, the parents saw a notable decrease in head pain, improved posture, her bowel movements became more normal, she became easier to handle, and was eating better.

A misalignment in the upper neck affects the central nervous system. It puts undue pressure on the spinal column causing the brain and body to no longer communicate on the proper level. This leads to such problems as those seen in autism spectrum disorder. Once corrected, it is likely that a child will have a decrease in symptoms. And, as in the above study, some see a remission of symptoms entirely.