Valerie Lumley suffered with fibromyalgia for many years, constantly searching for a solution and being told by the medical profession that she’d have to live with it forever.  She was not willing to give up.  Her body was shutting down and she didn’t want to be bed-ridden for the rest of her shortened life.  Despite the fact that she always believed her fibromyalgia was caused by a car accident 35 years prior, the doctors all dismissed that idea.

Eventually, Valerie found her way to an upper cervical chiropractor.  He evaluated her, took x-rays and found that the atlas/C1 vertebra was severely misaligned, and began adjusting her. As her spine stabilized, her symptoms began to lessen.  She also began seeing a homeopath, reducing her stress and doing yoga.  Elated by her discovery and with deep compassion for other women with less hope than she’d ever possessed, Valerie began writing a book so that others may find healing as well.

To learn more about the connection between head and neck injuries and fibromyalgia, download our complimentary e-book. 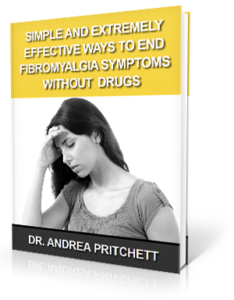 Valerie Lumley now speaks around the country at various chiropractic conventions, bookstores and anywhere else she can find to spread the word about upper cervical chiropractic.  Her book, Curing Chronic Fibromyalgia: Choosing What Works, has been endorsed by the NUCCA board of directors as well as the International Chiropractic Association (ICA).

You can learn more about Valerie Lumley’s story and purchase her book here.